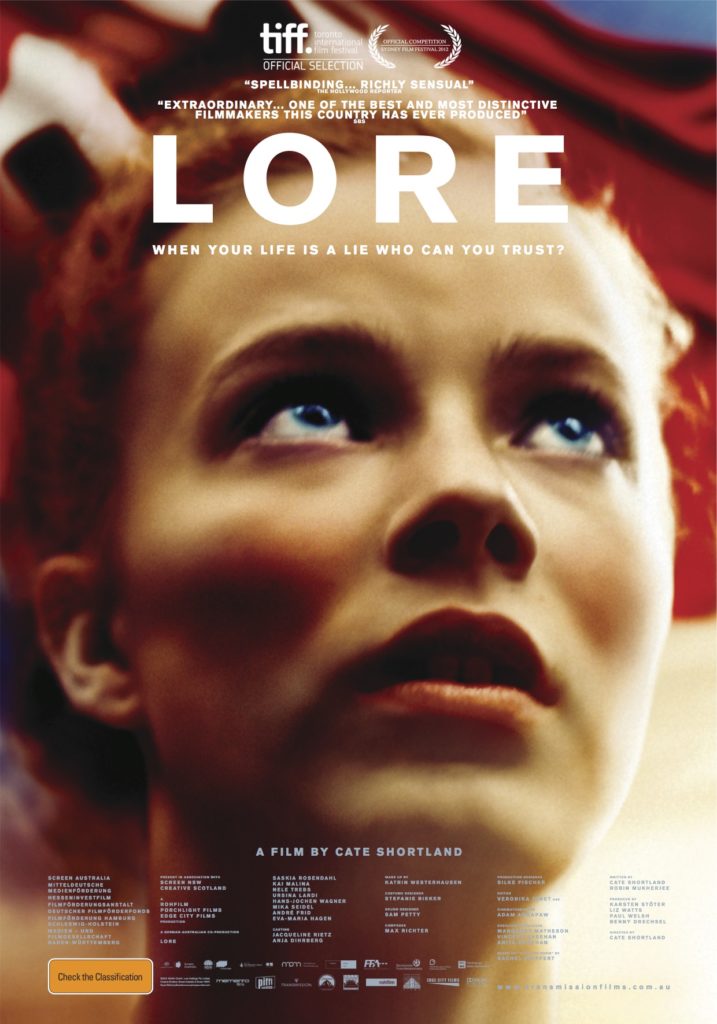 The Dark Room (novel)
by Rachel Seiffert
available from good booksellers
or at www.randomhouse.com.au

After her Nazi parents are imprisoned, Lore leads her younger siblings across a war-torn Germany in 1945. Amidst the chaos, she encounters the mysterious refugee Thomas, who shatters her fragile reality with hatred and desire. To live, she must trust someone she was taught to hate and face the darkness within herself.